View source
Welcome to the The Midnight Gospel Wiki! 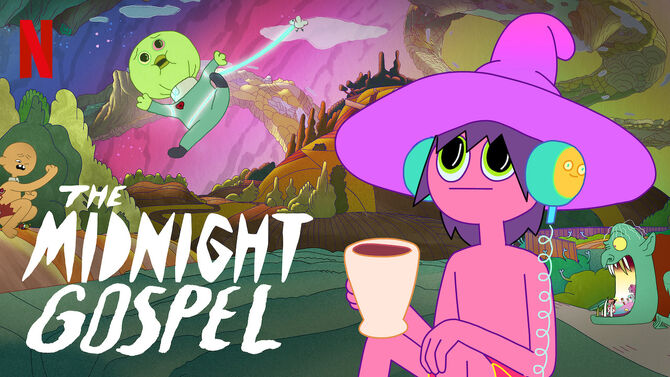 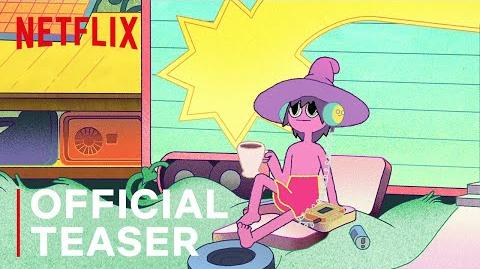 We're a collaborative community website that anyone, including you, can build and expand. Wikis like this one depend on readers getting involved and adding content. Click the "ADD NEW PAGE" or "EDIT" button at the top of any page to get started!

The Midnight Gospel is an American adult animated web television series created by Adventure Time creator Pendleton Ward and comedian Duncan Trussell. Released on Netflix on April 20, 2020, it is the first animated production from Ward for Netflix. It sets actual podcast interviews between Trussell and various guests into fantastic adventures.

Set in a dimension known as "The Chromatic Ribbon", a spacecaster named Clancy owns an unlicensed multiverse simulator. Through it, he travels through worlds about to have their own apocalypses interviewing some of their residents for his spacecast. The interviews are derived from earlier episodes of Trussell's podcast Duncan Trussell Family Hour. Special guests include Phil Hendrie, Stephen Root, Drew Pinsky, Trudy Goodman, Jason Louv, Caitlin Doughty, Michael Marcanio, Maria Bamford, Joey Diaz, David Nichtern, and Deneen Fendig.

Need help building out this community?

You can also be part of the larger Fandom family of communities. Visit Fandom's Community Central!

Community content is available under CC-BY-SA unless otherwise noted.
Advertisement